Well the first weekend of the 80th consecutive Harrogate Competitive Festival for Music, Speech and Drama is over. After all the planning and organising, from this volunteer's standpoint, it went well.

There were over 100 classes between the Friday and Sunday evenings, covering everything from woodwind, piano and string solos, through verse speaking, prepared reading and acting, to the Year 13 and Under Concerto Class, the new Virtuoso Class and the Thomas Trophy for strings. There was an afternoon and evening of excellent harp music, the performers of which bring their own roadies! Lots of very young children performed, most of them apparently without any nerves and we may have seen some stars of the future. The young woodwind performers at the first Chapel session were particularly good, producing sounds out of all proportion to their stature - very impressive.

The six adjudicators on duty this weekend certainly had their work cut out and they did a fabulous job, often having to decide between a number of equally excellent performances. The adjudications were generally well balanced, informative, encouraging and friendly and performers will learn a lot by taking the adjudicators' advice on board. They were all novices once!!

This year we had the new Virtuoso Class, for the Elizabeth Hopkins Trophy. Performers had to use two different instruments from different disciplines, both to a high level of difficulty (at least grade 8 for the first and grade 6 for the second). We saw Alexander Abrahams singing and playing the piano; Olivia Robinson on piano and accordion (a very rare treat; it is instantly foot tapping!!); Grace Caton on recorder and singing and, the eventual winner, Cordelia Newbery on the flute and singing.

This was an excellent class but we could have done with a larger entry and audience, the latter generally being a reflection of the former. More friends and family please!

Finally, in the penultimate class on Sunday evening, Maria Marshall repeated her 2015 success by winning the Thomas Trophy, this year with a spell-binding performance of the 1st movement of Elgar's Cello Concerto.  This brought tears to at least one volunteer's eyes and made all the hard work even more worthwhile. Maria will now go through to the Final of the Young Musician of the Festival Competition, to be held in the Final Concert on 13th March.

Thanks are due to all performers, their teachers and families, to the adjudicators and all the volunteers and to those who assist us at Harrogate Ladies College. The caravan rolls on to next week now. See you at 6pm on Friday 4th March.

Over 50 volunteers attended the annual pre-Festival coffee morning at Harrogate Ladies’ College last Saturday to receive a briefing from the Chairman, Paul Dutton, the Festival Secretary Linda Wilson ,both starring below and the mastermind behind the volunteer rota, Maureen Greenberg, prior to the commencement of the 2016 Festival at the College on the evening of Friday 26th February. It will then run for three successive weekends, culminating on 13th March with the grand Final Concert featuring the final of the Young Musician of the Festival Competition.

The Festival is entirely planned, organised and run by volunteers. With 193 individual classes, divided into just under 50 separate class events, the Festival will need over 200 volunteering sessions by over 70 volunteers to mount and run those. They will manage 12 different adjudicators who will spend a total of 209 hours judging performances by 2692 performers in up to 5 different rooms over three weekends.  In each room there will be four volunteers, two managing the schedule, one assisting the adjudicator and one looking after the door to ensure that performers are not disturbed. In addition to this massive effort there will be a team of eight on almost permanent duty, producing certificates for every performer. Another very important group of volunteers are those people who man the doors, braving the cold and selling tickets and programmes. Last year at least 3,000 people attended at least a part of the Festival and they all came past the door team.
Five Official Piano Accompanists will be on duty for the whole Festival. They will have learned 121 pieces in preparation for their role.

Every single performance is to be praised. Some of the younger performers are nearly as tall as their instruments and some of the loudest voices come from the smallest performers. Every performance is a highlight. A new addition this year will be the Virtuoso Class for the Elizabeth Hopkins Trophy, to be held on the first Sunday evening. Performers well have to play two different instruments from different disciplines, the first at grade 8 or above and the second at grade 6 or above.


The printed version of the Programme is now available to buy at Music House on Cheltenham Parade, Harrogate.

Tickets will be available on the door. Further information can be found on the Festival website at www.hcfmsd.co.uk 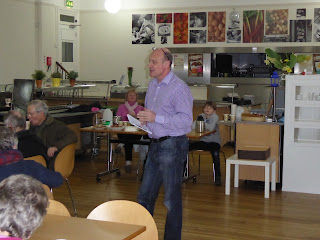 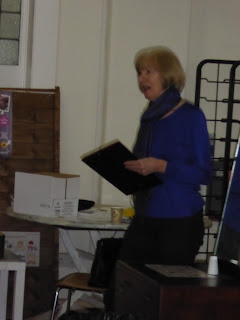 The printed version of the 2016 Programme is now available at Music House, 18 Cheltenham Parade, Harrogate, price £2.00.

This contains full details of the almost 200 classes to be held at this year's Festival, which will be held at Harrogate Ladies' College on Clarence Drive over three weekends; February 26th to 28th; March 4th to 6th and 12th to 13th (no classes on Friday 11th March).

Every class at the Festival is worth watching because they all represent the culmination of an enormous amount of preparation work, combined with real ability and the courage to get up and perform in front of an audience, but there are some undoubted highlights.

The Non-competitive Year 3 and under Piano Solo class will be held on the first Saturday morning and that evening will see both the Ernest Hopper Trophy Competition for woodwind instruments (with the winner potentially going through into the Young Musician competition) and the Concerto Class (Year 13 & Under), where the winner may be offered an engagement with the Harrogate Philharmonic Orchestra if the instrumentation is appropriate and the performance is considered to be of a suitable standard.

The new Elizabeth Hopkins Trophy (Virtuoso Class), (2 different instruments/disciplines at least at Grades 8 & 6 standard respectively) will be held on the first Sunday evening.

Over forty 7 year olds will perform in the Verse Speaking class on the second Saturday afternoon, while that evening will see the ever popular Olde Tyme Music Hall Song class - costumes and props encouraged!!

The final Saturday will see the Young Musician Singer Competition in the Chapel, an excellent venue for that class and on the last Sunday morning the College's Sports Hall will host a number of choir classes. This is always a really well attended session, from both the performers' and the audience perspective.

The Festival will culminate in the Final Concert to be held on Sunday 13th March at 7:30 pm in the Assembly Hall at the College. This will also feature the Young Musician of the Festival Competition in which the leading performers on the Piano, Strings/Guitar/Harp, Woodwind (including Recorder), Brass, Percussion and Singing will each perform an “Own choice” programme of 8 minutes duration before a special jury of adjudicators whose decision will be announced at the end.

The concert will also include a cross-section of outstanding performances heard during the competition. Each finalist in the Young Musician of the Festival Competition will receive free tickets for themselves and their families to attend a concert given by the Ripon Cathedral Concert Society.

So there will be lots to enjoy. See if you can find our posters scattered throughout the town and don't forget to check us out on Twitter #HCFMSD